A devastating report commissioned by the National Cancer Institute reveals that our 40-year long ‘War on Cancer’ has been waged against a vastly misunderstood ‘enemy,’ that in many cases represented no threat to human health whatsoever.

If you have been following our advocacy work on cancer, particularly in connection with thedark side of breast cancer awareness month, you know that we have been calling for the complete reclassification of some types of ‘breast cancer’ as benign lesions, e.g. ductal carcinoma in situ (DCIS), as well as pointing out repeatedly that x-ray based breast screenings are not only highly carcinogenic but are also causing an epidemic of “overdiagnosis” and “overtreatment” in US women, with an estimated 1.3 million cases in the past 30 years alone.

There are wide-reaching implications to this recommendation, including:

As reported by Medscape:

The practice of oncology in the United States is in need of a host of reforms and initiatives to mitigate the problem of overdiagnosis and overtreatment of cancer, according to a working group sanctioned by the National Cancer Institute.

Perhaps most dramatically, the group says that a number of premalignant conditions, including ductal carcinoma in situ and high-grade prostatic intraepithelial neoplasia, should no longer be called “cancer.”

Instead, the conditions should be labeled something more appropriate, such as indolent lesions of epithelial origin (IDLE), the working group suggests. The Viewpoint report was published online July 29 in JAMA.

Fundamentally, overdiagnosis results from the fact that screen-detected ‘cancers’ are disproportionately slower growing ones, present with few to no symptoms, and would never progress to cause harm if left undiagnosed and untreated.

As you can see by the graph above, it is the fast-growing tumors which will be more difficult to ‘detect early,’ and will progress rapidly enough to cause symptoms and perhaps even death unless treated aggressively. But even in the case of finding the tumor early enough to contain it through surgery, chemotherapy and/or radiation, it is well-known that the minority subpopulation of cancer stem cells within these tumors will be enriched and therefore made more malignant through conventional treatment. For instance, radiotherapy radiation wavelengths were only recently found by UCLA Jonnsson Comprehensive Cancer Center researchers to transform breast cancer cells into highly malignant cancer stem-cell like cells, with 30 times higher malignancy post-treatment.

What this means is that not only are millions of screen-detected abnormalities not ‘cancer’ in the first place but even those which can be considered fast-growing are often being driven into greater malignancy by the conventional chemotherapy, radiation and surgery-based standard of cancer care itself.

Our entire world view of cancer needs to shift from an enemy that “attacks” us and that we must wage war against, to something our body does, presumably to survive an increasingly inhospitable, nutrient-deprived, carcinogen- and radiation-saturated environment, i.e. Cancer As An Ancient Survival Mechanism Unmasked.

When we look at cancer through the optic of fear and see it as an essentially chaos-driven infinitely expanding mass of cells, we are apt to make irrational choices. The physiological state of fear itself has been found to activate multidrug resistance proteins within cancer cells, explaining how our very perception of cancer can influence and/or determine its physiological status and/or trajectory within our body.

“The word “cancer” often invokes the specter of an inexorably lethal process; however, cancers are heterogeneous and can follow multiple paths, not all of which progress to metastases and death, and include indolent disease that causes no harm during the patient’s lifetime.”

For more details on what our founder Sayer Ji calls the “Cancer Malignancy Meme,” see his video presentation at the Mind Body Week DC conference, wherein he discuss the ‘Rise of Biomedicine’ within the context of the mind-body connection, and breast cancer overdiagnosis in particular.

We must keep in mind that this proposed redefinition of cancer is no small academic matter, but will affect the lives of millions of women. Consider that every year, approximately 60,000 women in this country are diagnosed with DCIS, a diagnosis so traumatic that it results in significant psychiatric depression 3 years after even a ‘false positive’ diagnosis. For those less fortunate women, numbering in the millions over the past 30 years, who were told they had ‘cancer’ and needed to undergo lumpectomy, radiation, chemotherapy and/or mastectomy, the NCI panel’s recommendation is a hard pill swallow after the damage has already been irrevocably done.

So, what’s the solution? There is a growing movement towards the use of thermography as a primary diagnostic tool, as it uses no ionizing radiation, and can detect the underlying physiological processes that may indicate inflammation, angiogenesis, cancer-specific metabolic changes, etc., many years before a calcified lesion would appear within an x-ray mammogram. Also, the mainstay of any truly preventive strategy against cancer is diet, nutrition, exercise and avoiding chemical and radiation exposures – the things that we can do  in our daily lives to take back control of and responsibility for our health. 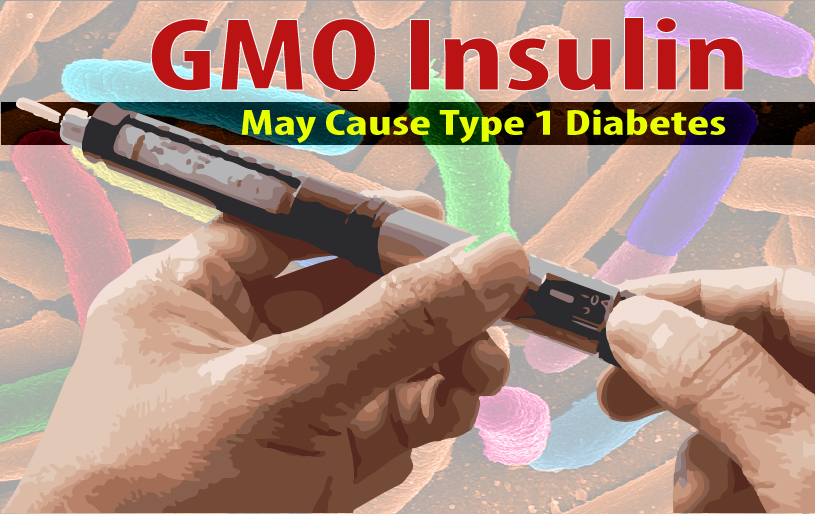 Now, a new study published in the Journal of Clinical Endocrinology & Metabolism titled, “Insulin administration may trigger type 1 diabetes in Japanese type 2 diabetes patients with type 1 diabetes high-risk HLA class II and the insulin gene VNTR genotype,” is shedding light on a possible explanation for why insulin treatment may accelerate morbidity and mortality in type 2 diabetics. The study revealed that giving genetically susceptible type 2 diabetes patients recombinant insulin can trigger their bodies to target their own insulin producing cells for autoimmune destruction, effectively producing ‘double diabetes’: type 1 and type 2, as a result.
The Japanese study took 6 patients (4 men and 2 women) with type 2 diabetes, none of whom had previously received insulin therapy nor had markers for autoantibodies to their own insulin (e.g. GAD65). All patients were found to have the type 1 diabetes susceptibility gene known as type 1 diabetes high risk HLA class II (IDDM1), which is considered to play a role in up to 50% of type 1 diabetes cases, and the insulin gene VNTR genotype (IDDM2), believed to play a key role in susceptibility to type 2 diabetes.
After recombinant insulin administration their blood glucose control deteriorated, and their own insulin producing beta cells – as measured by declining C-peptide levels (a marker for the production of natural insulin) – decreased insulin production to a deficiency levels commonly found in type 1 diabetes patients. The average time it took for the patients to develop full blown type 1 diabetes was 7.7 months, with one patient developing the condition within 1.1 months.
Further tests revealed that the patients had antibodies against their own pancreatic islet cells (the cells responsible for producing insulin), insulin allergy or increased levels of insulin antibody. Additionally, 2 of 4 cases were found to have GAD-reactive and insulin peptide reactive Th1 cells, typical markers of autoimmunity induced type 1 diabetes.
The researchers concluded from their findings:

The researchers also pointed out that there are a number trials underway to produce vaccines containing insulin intended to induce a ‘tolerogenic immune response’ and therefore ameliorate autoimmune type 1 diabetes.[1] Clearly, however, their findings run contrary to this expectation, revealing that it is possible that introducing exogenous forms of insulin may stimulate the opposite reaction and induced autoimmunity against the hormone, or the cells in the pancreas responsible for producing it.

Discussion: GMO Insulin Not the Same As Animal Derived Insulin

A possible explanation for these results lies in the difference between today’s synthetic insulin and insulin purified from animals such as pigs (porcine insulin), which is no longer available in countries like the U.S.
Insulin was actually the first protein to be synthesized with recombinant DNA (GMO) technology in the late 1970s,[2] and today, products like Lantus (insulin glargine [rDNA origin] injection) dominate the market. According to Sanofi, Lantus’ manufacturer their form is produced “by recombinant DNA technology utilizing a non-pathogenic laboratory strain of Escherichia coli (K12) as the production organism.” Synthetic insulin is classified as an insulin analog that differs significantly from human insulin in its primary amino acid structure: “Insulin glargine differs from human insulin in that the amino acid asparagine at position A21 is replaced by glycine and two arginines are added to the C-terminus of the B-chain.”  Lantus’ formulation also contains various ‘inactive ingredients,’ such as:

The simultaneous injection of these antigenic ingredients along with synthetic insulin could be responsible for hypersensitizing the immune system against insulin in the same way that inactive and adjuvant ingredients in vaccines induce exaggerated immune reactions against the ‘active’ vaccine antigen (e.g. the viral or bacterial antigen) which sometimes results in the immune system attacking self-structures (autoimmunity). 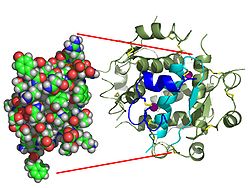 According to a 1993 paper on recombinant human insulin, “Bacterially expressed proteins normally lack any secondary structure or post-translational modifications” – a highly significant fact, considering that complex proteins such as hormones actually have four levels of folding complexity: primary, secondary, tertiary and quaternary, all of which together determine the protein’s natural structure and therefore its function.  In fact, this complexity is so immense that Levinthal’s paradox states a fully folded protein (i.e., one that has attained its native conformation) must pass through such a large number of degrees of freedom to reach its native state that there is not enough time in the universe for it to move through all possible configurations to the one it was designed by nature to assume. Obviously, if synthetic insulin is not capable of obtaining the same 3-dimensional structure as natural insulin, nor is modified post-translationally through epigenetic regulatory processes, it cannot behave in the same way as natural insulin in the body, and would likely be identified as ‘other’ by the immune system, if not also cellular insulin receptors.

Research dating back to the early 1980s compared synthetic E. Coli derived insulin with porcine (pig) derived insulin in diabetic children and found that porcine insulin was more effective at lowering HbA1 values (a marker of damage associated with elevated blood sugar), superior at reducing fasting glucose concentrations, and less antibody reactive to insulin than synthetic insulin. [3]  While pig derived insulin has its limitations, especially considering there are limits to how much can be produced, clearly it is more appropriate than synthetic versions if it is true that the latter is incapable of reproducing the same therapeutic outcome for diabetics.

Natural Approaches To Diabetes Prevention and Treatment are the Future

In a previous article on natural interventions for type 1 diabetes, 10 Natural Substances That Could Help Cure Type 1 Diabetes, we focused on the biomedical literature supporting the role of beta cell (insulin producing cell) regenerating foods and natural substances in addressing one of the root causes of type 1 diabetes.

The future of medicine will look to identifying and removing the causes of conditions like diabetes, instead of employing patented synthetic drugs and synthetic replacement therapies (which feed the deficiency), palliatively — especially considering the new research indicating they actually make the patient far worse. Also, diet is the #1 factor in the pathogenesis of most chronic conditions that afflict the modern world; more specifically, the consumption of foods or food-like products that deviate from our ancestral diets generate the physiological conditions that produce disease in the first place. Addressing the dietary causes and incompatibilities and many ‘diseases’ decelerate and may even regress.

For additional research on the topic of regenerative medicine and diabetes you can consult the articles 6 Bodily Tissues that Can Be Regenerated Through Nutrition and Diabetes: An Entirely Preventable and Reversible Disease. Or, visit our Health Guide on Blood Sugar Disorders.

Natural Society | Have you noticed increased cases of Alzheimer’s and Autism?