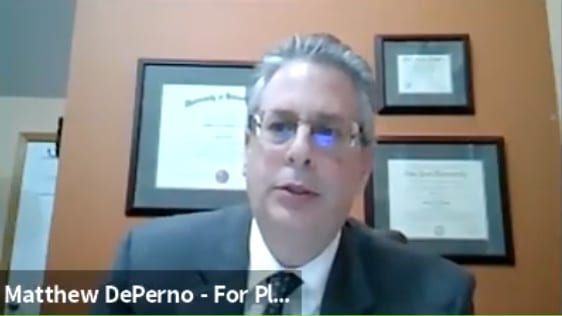 For several months, Erik Grill, the attorney for Michigan’s dishonest Secretary of State Jocelyn Benson, has been pushing very hard to dismiss Bill Bailey’s voter fraud case against Antrim County that she was added to as a defendant by Michigan’s radical, far-left Attorney General Dana Nessel.

DePerno has received multiple threats over his fight to expose voter fraud in Antrim County, Michigan where over 5,000 votes were flipped from Trump to Biden in the November election in a solidly RED county.
On Friday evening, Matt DePerno’s law office was broken into.

According to DePerno, the break-in took place in the late evening. Police were called to investigate the break-in and it was determined that nothing was stolen. The real question is, who broke into DePerno’s office and what were they looking for?

On Monday, DePerno scheduled a press conference in Traverse City, MI at the VFW hall, where he planned to drop a bombshell discovery in the Antrim County voter fraud case.

We talked to Matt DePerno tonight. The Antrim County attorney told us that he was disappointed by the decision of the Traverse City VFW hall to cancel his press conference. “You can’t even have a press conference about a case about defending your First Amendment Rights without being threatened by someone to silence you?” DePerno asked. DePerno, who is sick of watching the free speech rights of Americans shut down by those who don’t agree with them, or who don’t want the truth to be exposed, slammed the leftist group for threatening the veteran’s group. “We get canceled just because someone threatens you?” DePerno asked, adding, “Not only can you not express yourself by voting, but you can’t even talk about it anymore!”

DePerno shared his disgust in having to find another location at the last minute, explaining that it’s hard enough to get the media to report on one of the biggest election stories in our nation, but now, he can’t even find a place to speak freely about his case. Clearly disheartened by this latest development, DePerno, a brave patriot, and fighter to the end pledged to find a new location for his press conference tomorrow. “No mainstream media will report about this, so when we hold a press conference to attract the local media, and someone or some group threatens to shut it down?” DePerno asked.

Matt DePerno must be over the target, otherwise, why would the left be trying so hard to shut him down? First, it was our dishonest Secretary of State and several anonymous people threatening him, hoping to get DePerno to shut down his case. Now, his office is being broken into and someone or some group is allegedly threatening to shut down his press conference.

New video surfaced today proving once and for all the Capitol police let people into the building on January 6th. They were willing to work with them and let them gather peacefully. 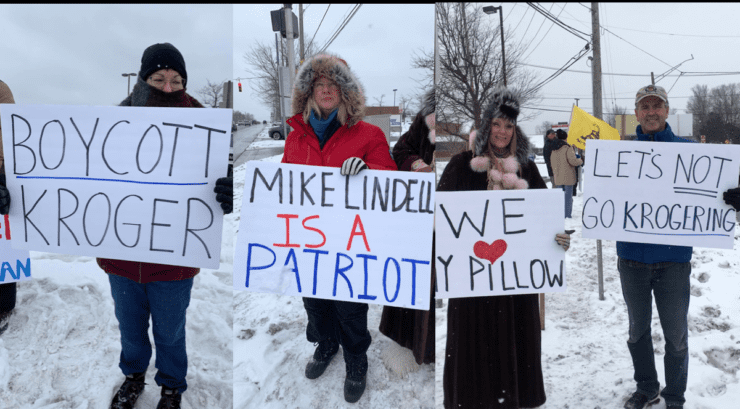 Source: VIMEO Cancels Mike Lindell’s My Pillow Account: “This is worse than what Twitter did to me and my company!”…Here’s How You Can Help

Source: Living Under the Iron Dome

Source: This Might be the BEST Tony Fauci Impression Yet

Source: Biden: “The drivers need to drive the drive while driving the don’t panic”