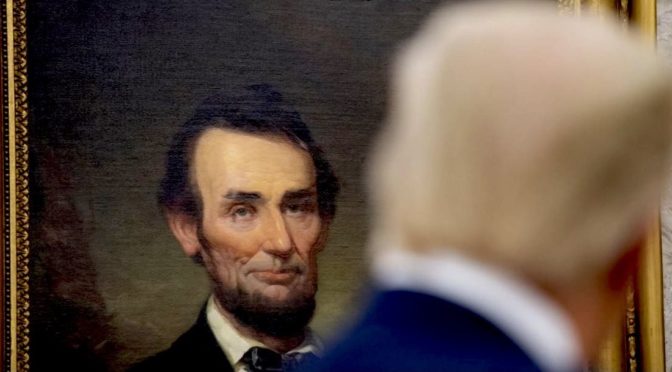 President Abraham Lincoln’s speech below is as poignant today on this last day of 2020 year of our Lord, just as much, if not more, as when the man himself spoke the words. Let’s come to remember our history vividly or be doomed to repeat our mistakes and worse. We are at a crossroads like never before in our history! We stand to lose the Republic forever!

America remains the greatest country on Earth. Will you forsake your legacy you were handed? Will you waste it because you did nothing to save it and now your children and grandchildren will live life on their knees bowing to a tyrannical monarchy?

If you’re not awake enough you’re behind the eight ball.

THESE are the times that try men’s souls. The summer soldier and the sunshine patriot will, in this crisis, shrink from the service of their country; but he that stands by it now, deserves the love and thanks of man and woman. Tyranny, like hell, is not easily conquered; yet we have this consolation with us, that the harder the conflict, the more glorious the triumph. What we obtain too cheap, we esteem too lightly: it is dearness only that gives every thing its value. Heaven knows how to put a proper price upon its goods; and it would be strange indeed if so celestial an article as FREEDOM should not be highly rated. Britain, with an army to enforce her tyranny, has declared that she has a right (not only to TAX) but “to BIND us in ALL CASES WHATSOEVER” and if being bound in that manner, is not slavery, then is there not such a thing as slavery upon earth. Even the expression is impious; for so unlimited a power can belong only to God.
tinyurl.com/rspcde7

So it has come to pass again, humankind is called to reflect, to acknowledge, to forgive yourself and others, and more importantly to pull up our bootstraps and march to the call of freedom. The world is watching and all humanity is praying we make it.

Now is the time for all good people to come to the aid of their country.

This is what President Donald J Trump delivered to us on inauguration day in 2017.

DO YOUR PART! EVERY RED-BLOODED AMERICAN NEEDS TO BE FRONT AND CENTER, READY TO DO WHATEVER IT TAKES TO KEEP LIBERTY AND THE CONSTITUTION ALIVE! TEACH YOUR CHILDREN WELL.

God speed Patriots! Come Monday, January 4th, 2021, the world will forever change and quickly. So, prepare; keep your family close and praying together; keep your head on a swivel; and remember you’re not alone! Together we are a victorious! #Its1776Again 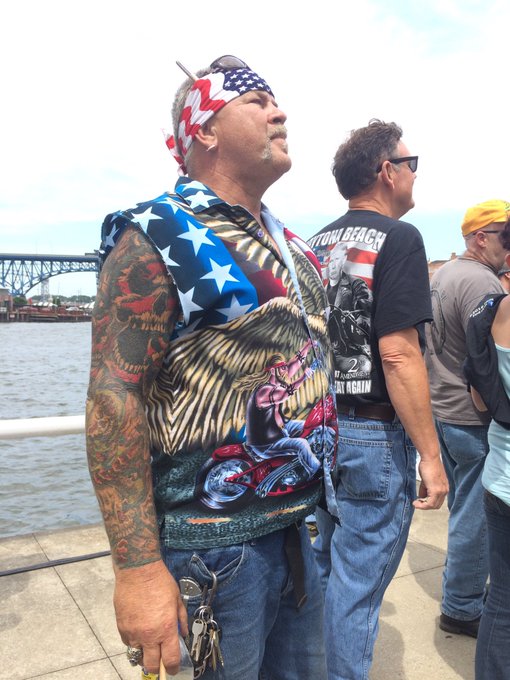 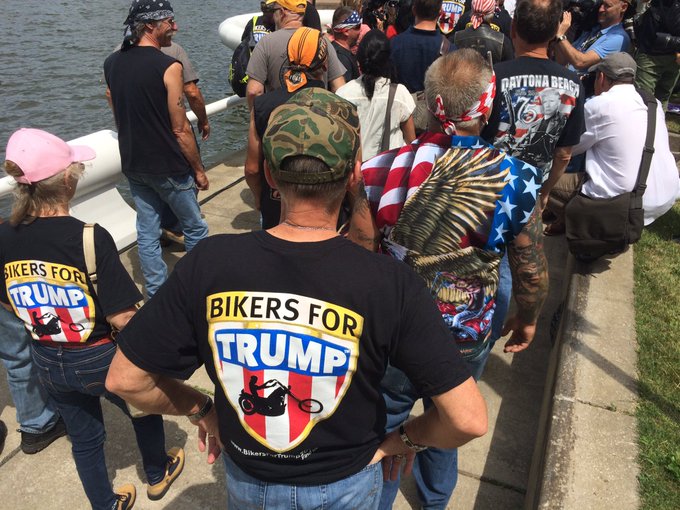 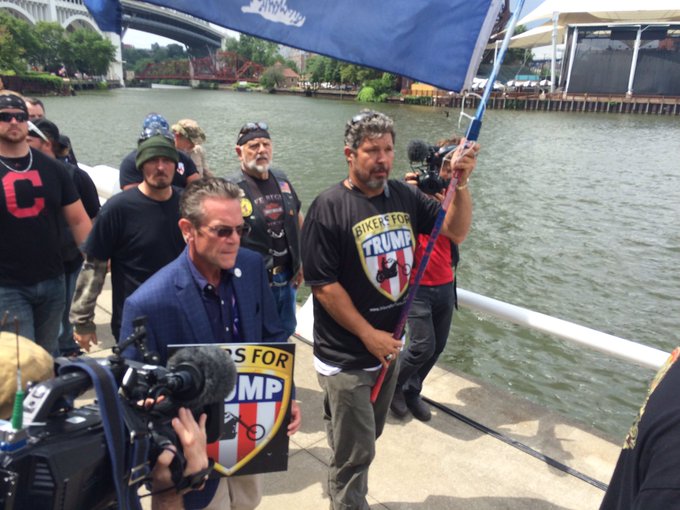 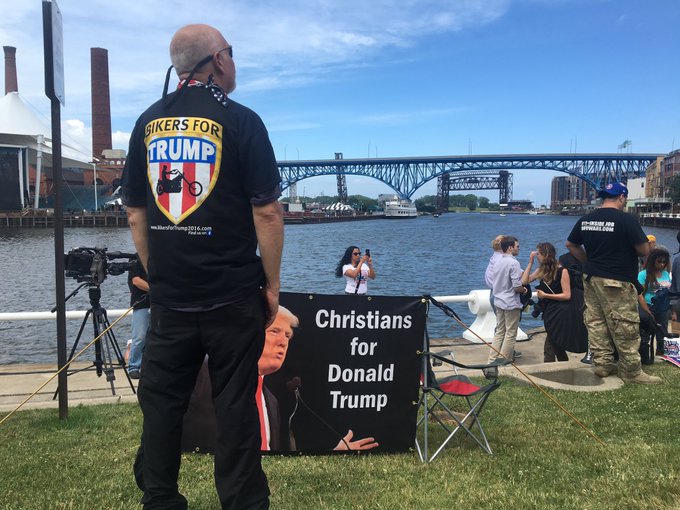 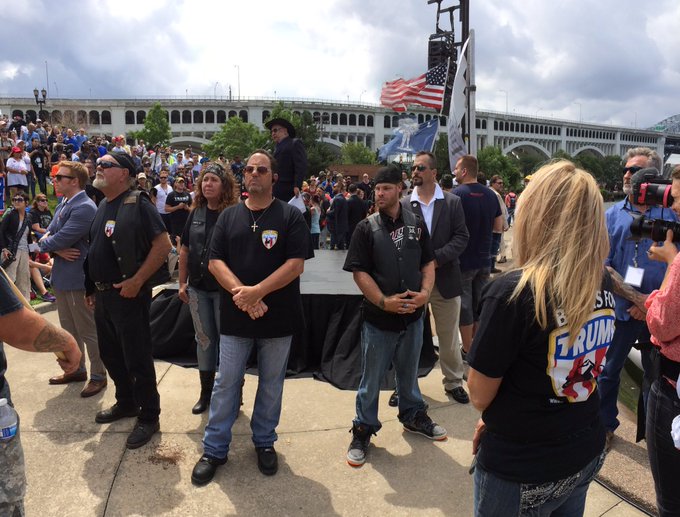 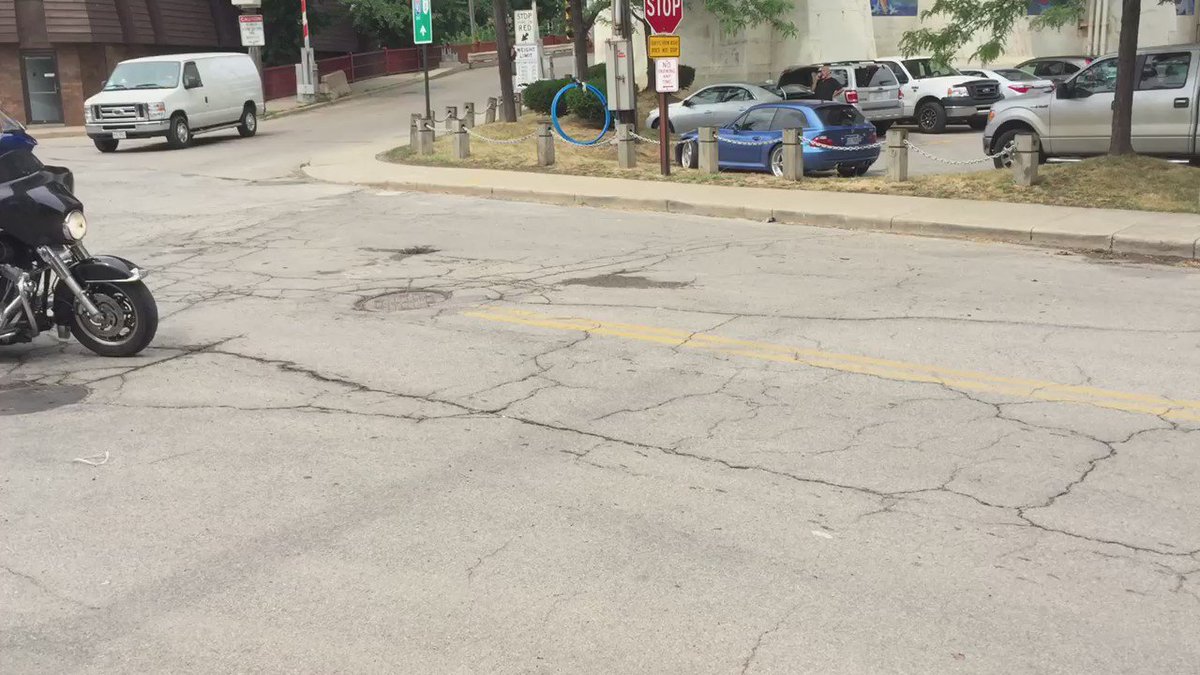 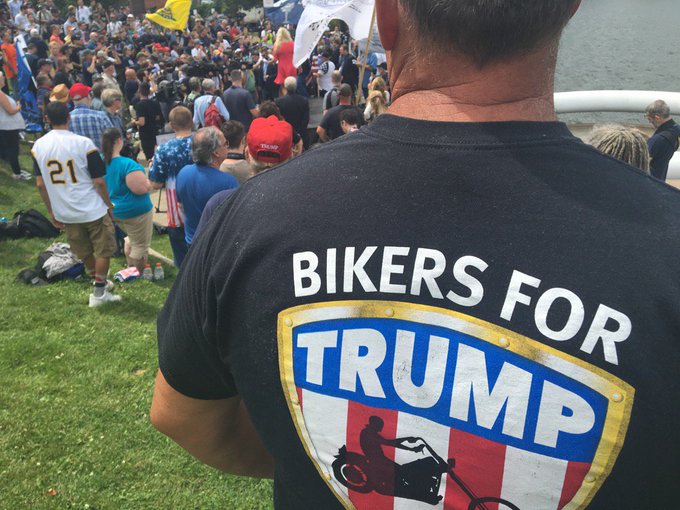 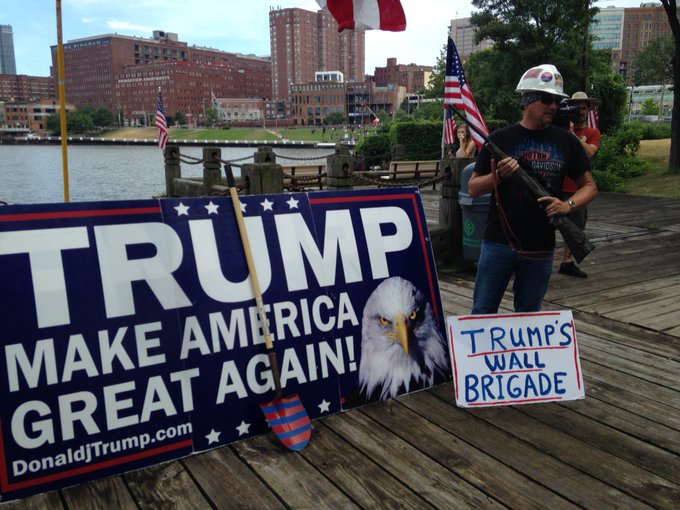 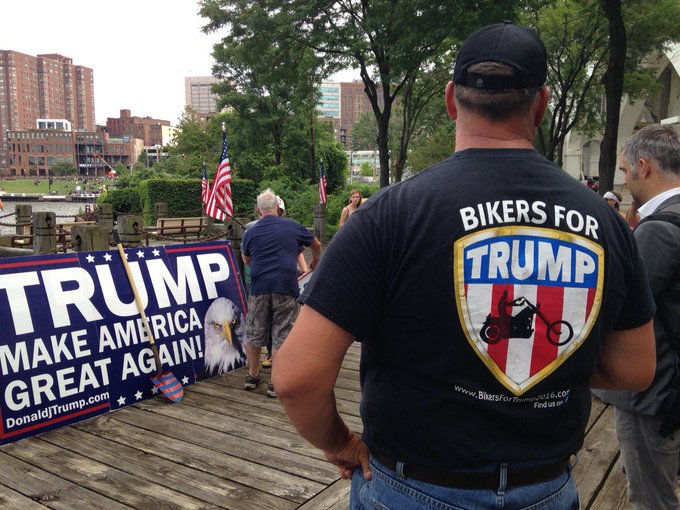 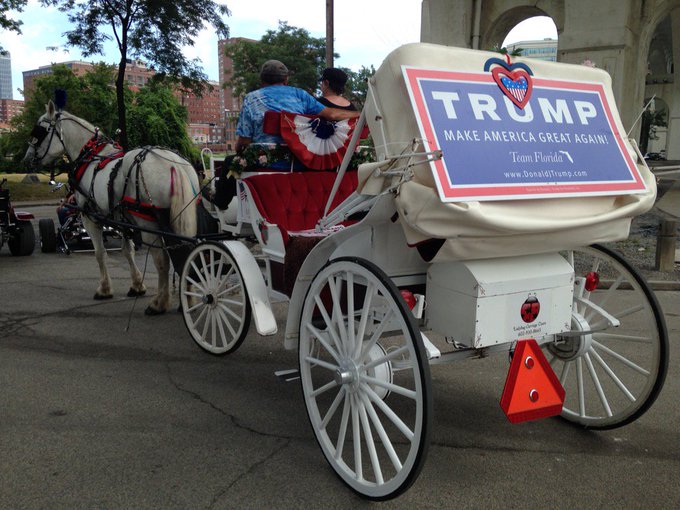 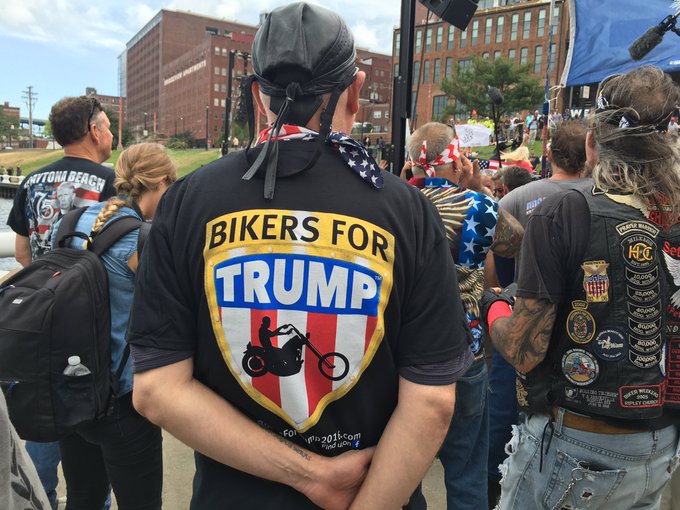 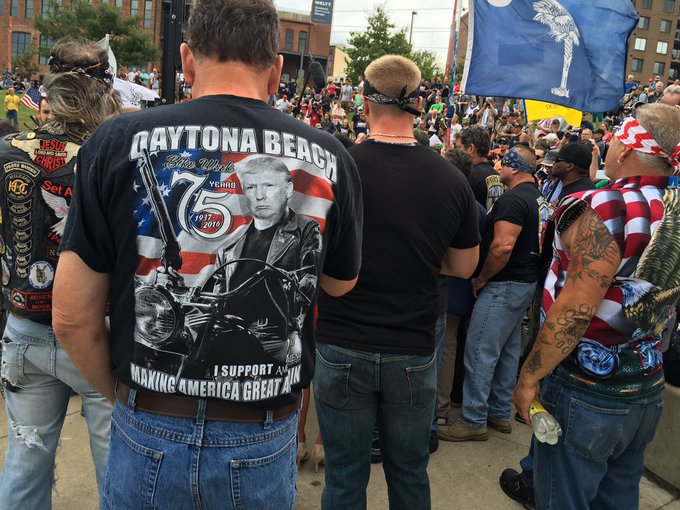 “I’m a unifier. I get along with people.”

Following primary wins in Michigan, Mississippi, and Hawaii Tuesday night, Donald Trump called on establishment Republicans to quit the in fighting and rally behind him.

When asked if he needs GOP insiders like Mitt Romney to get behind him in order to win a general election, Trump replied “Not 100 percent, but largely I would say yes.”

“Some people you’re just not going to get along with. … But largely I would like to do that.” Trump added.

“And believe it or not, I am a unifier. I unify. I mean you look at all of the things I built all over the world. I’m a unifier. I get along with people.” the billionaire frontrunner declared.

Trump added that “whether you call them the establishment or not, they should embrace” the popularity of his campaign.

“The Democrats would love to have what’s happening. … There’s no spirit there,” Trump urged.

“We’re way up with millions of people. So what I say to the Republicans is embrace it. We will win the election easily.” Trump stated.

“The turnout has been just massive, every week,” Trump said. “I actually think it’s the biggest story in politics today, and I hope the Republicans will embrace it.”

This past weekend, it was reported that scores of establishment GOP figures and major donors flew to an exclusive resort off the coast of Georgia on private jets to meet up and discuss how they can stop Trump from winning the GOP nomination.

Also addressing the aggressive campaign to compare Trump to Hitler this week, The Donald noted “I don’t think I’ve ever had so many horrible things said about me in one week… It shows you how brilliant the public is because they knew they were lies.”

“The bottom line is we have something going that’s so good,” Trump said, adding, “We should grab each other and we should unify the party.”

Trump reiterated the idea of unity Wednesday morning, telling CNN’s New Day, “I would love to see the party come together and unify.” [youtube https://www.youtube.com/watch?v=Tw4wKBrDhOM]

Speaking of Hillary Clinton, following her own primary victories, Trump declared that “She’ll definitely get the nomination… But losing Michigan is more than a bump in the general, because it’s just the people don’t want her.”

He added that Clinton is seeing “no enthusiasm.”

A new NBC News/Wall Street Journal survey indicates, however, that both Clinton and Bernie Sanders would comfortably beat Trump in a general election by double digits.

The survey found that at this time Marco Rubio and Ted Cruz would both fare better against the Democratic front-runner, but would still be defeated. Could this be a possible reason for Trump’s calls for the GOP establishment to get behind him?

Steve Watson is a London based writer and editor for Alex Jones’Infowars.com, and Prisonplanet.com.