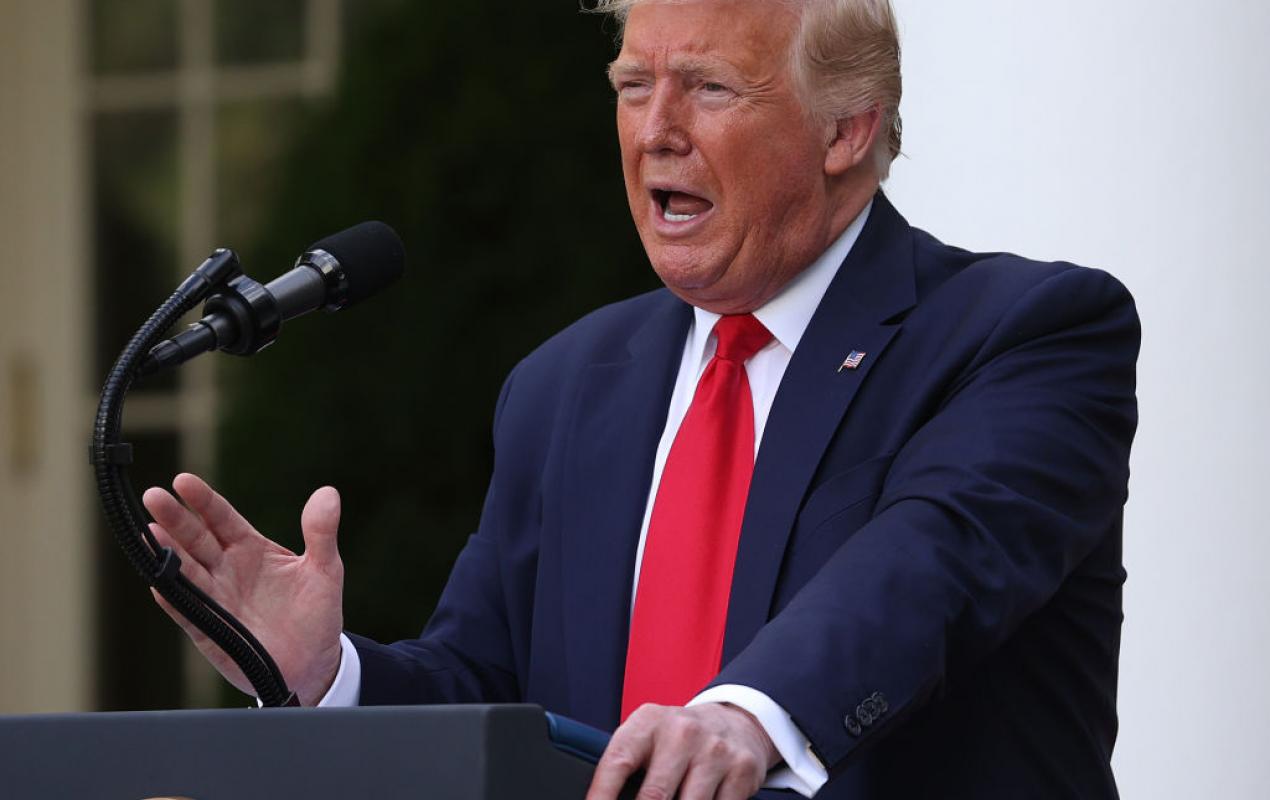 Donald Trump Jr. and radio icon Howard Stern continued to sling mud at each other Tuesday amid their ongoing feud over the shock jock’s attitude toward President Trump and his supporters.null

After Trump Jr. knocked “Hollywood Howard” last week for his harsh words for his father’s supporters, Stern mocked the “genius” that is the president’s eldest son.

“He is such a wit. He is such a genius. He would have made a fortune if he wasn’t under his father’s thumb,” Stern quipped on Tuesday. “I’d list all of junior’s accomplishments right now, but I only have a three-hour show. It would take the whole show. He’s too strong for me physically and mentally for me to comment on.”

“It must kill Hollywood Howard to know that more people will see this tweet than listen to his show,” Trump Jr. wrote. “That’s what happens when you turn your back on your working class fanbase & bend your knee to the same MSM [mainstream media] you used to mock.”

He added: “He never recovered from losing [Artie Lang]! SAD!”

Included in the tweet is a parody of Nickelback’s “Photograph” music video featuring Trump Jr. holding an edited picture of Stern that was labeled “Triggered,” which is also the name of Trump Jr.’s book.

The war of words began last week when Stern blasted those who back the president on his Sirius XM show.

“The oddity in all of this is the people Trump despises most, love him the most,” Stern had said. “The people who are voting for Trump, for the most part … he wouldn’t even let them in a f—ing hotel. He’d be disgusted by them. Go to Mar-a-Lago, see if there’s any people who look like you. I’m talking to you in the audience.”

Stern recently criticized President Trump over missteps in his administration’s response to COVID-19 and suggested his supporters ingest disinfectants. The two have a long history, with Trump often appearing on Stern’s show prior to his White House run.

While appearing on Sirius XM’s “Jim and Sam Show,” Trump Jr. called Stern’s remarks “disappointing” and noted that many of Stern’s original fans are supporters of his father.

“I mean, I would think at least the sort of original Howard, I imagine most of those blue-collar people that he now hates since he became ‘Hollywood Howard’ would’ve probably been pretty big Trump supporters,” Trump Jr. said.

“Donald Trump was a better developer and built a brand because he spent time talking to those guys,” he added. “There’s a reason why you see guys within our company, even today, they started off as construction guys, started off as drivers, and they’re like executives because he gave them a chance.”

He also accused Stern of acting like Hillary Clinton for bashing Trump supporters, similar to when Clinton labeled half of Trump’s base a “basket of deplorables” for racist and sexist behavior at some of his campaign rallies.

“He’s acting like Hillary, which was, you know, probably what cost her some of the election was calling half the country deplorables for wanting to support someone who’s going to get things done for them and he did,” Trump Jr. said.

This material may not be published, broadcast, rewritten, or redistributed. ©2020 FOX News Network, LLC. All rights reserved. All market data delayed 20 minutes. 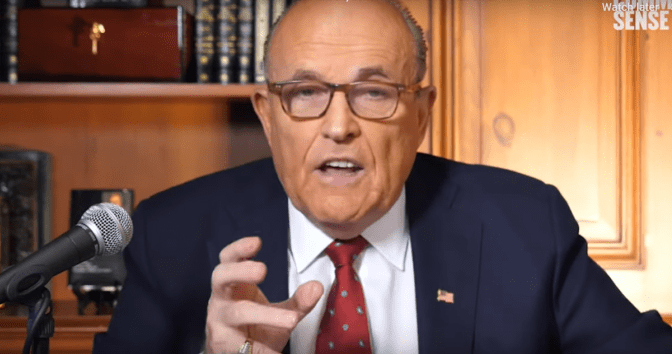 Giuliani Is Going All In To Bust Globalist Crooks

President Donald Trump’s lawyer Rudy Giuliani launched a new “Common Sense” podcast Friday at rudygiulianics.com to discuss information he has picked up in his world travels investigating the corruption of the Biden family and other globalist elites.

Giuliani’s timeline presents a clear breakdown of the double-dealing that occurred in Ukraine, which members of the Political Class clearly never thought would be exposed, let alone prosecuted. With President Donald Trump poised to win his Senate impeachment trial, Giuliani’s work can serve as the basis for a theoretical Republican offensive strategy, if Republicans have the courage to go for it.

It is important to remember that President Trump asked Zelensky to “do us a favor,” with “us” referring to the people of the United States of America who have grown tired of our political leaders selling us out.

Giuliani introduced the subject matter of his podcast during a Friday morning appearance on Fox and Friends.

“I can’t sit by and watch my country be sold out by Joe Biden,” Giuliani stated.

Fox News host Laura Ingraham revealed exclusive details regarding the Obama administration’s knowledge of the brewing Biden family scandal, which centers on Hunter Biden’s past board membership on the gas company Burisma Holdings, and Joe Biden’s efforts to coerce the firing of a prosecutor hot on Burisma’s trail.

“We are going to report that [State Department official] Elizabeth Zentos attended a meeting at the White House on 1/19/2016 with Ukrainian prosecutors and embassy officials as well as … [redacted] from the NSC … the subjects discussed included efforts within the United State government to support prosecutions, in Ukraine and the United Kingdom, of Burisma Holdings, … and concerns that Hunter Biden’s position with the company could complicate such efforts,” wrote New York Times reporter Ken Vogel in an email discussed by Ingraham.

Rep. Adam Schiff, Democrat chairman of the House Intelligence Committee, is facing accusations that he either knowingly or accidentally falsified a summary of evidence that he sent to his Democrat colleague Jerry Nadler ahead of President Donald Trump’s active Senate impeachment trial.

Schiff is leading the campaign to remove President Trump from office for asking the president of Ukraine to help in his efforts investigating Joe Biden’s alleged corruption in Ukraine involving his son Hunter’s board membership on the gas company Burisma Holdings. Now, it seems clear that Schiff mixed up the identity of Ukraine president Zelensky and the owner of Burisma, Mykola Zlochevsky, when referring to Rudy Giuliani associate Lev Parnas’ efforts in the Biden investigation.

The issue arose when Schiff (D-Calif.) sent a letter to House Judiciary Chairman Jerry Nadler (D-N.Y.) last week summarizing a trove of evidence from Lev Parnas, an indicted former associate of Trump’s personal attorney Rudy Giuliani. In one section of the letter, Schiff claims that Parnas “continued to try to arrange a meeting with President Zelensky,” citing a specific text message exchange where Parnas tells Giuliani: “trying to get us mr Z.” The remainder of the exchange — which was attached to Schiff’s letter — was redacted.

But an unredacted version of the exchange shows that several days later, Parnas sent Giuliani a word document that appears to show notes from an interview with Mykola Zlochevsky, the founder of Burisma, followed by a text message to Giuliani that states: “mr Z answers my brother.” That suggests Parnas was referring to Zlochevsky not Zelensky.

Republicans hope to show Schiff as a compromised figure in the Ukraine affair. Schiff was the beneficiary of a D.C. fundraiser thrown by arms dealer Igor Pasternak, who was born in the Soviet Union, did business in Ukraine, and has been integrally involved in Ukraine-US relations for years. Schiff thereafter became a major proponent of sending a package of U.S. taxpayer money to Ukraine for defense purposes.

Schiff has already garnered derision for presenting a false transcript of President Trump’s phone call with Zelensky in front of the House of Representatives, defending his actions by stating his presentation was a work of “parody.” Tags: Hunter BidenJoe BidenRudy Giuliani