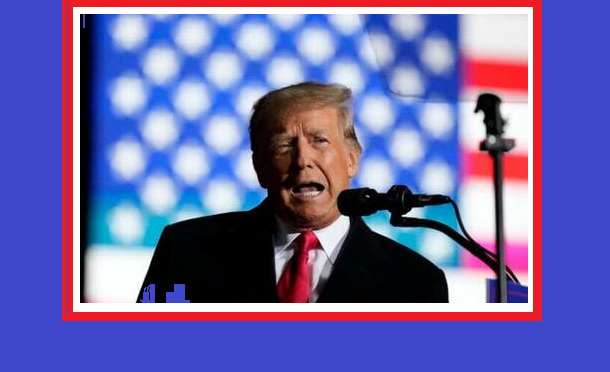 Authored by Frank Fang via The Epoch Times,

Former President Donald Trump teased confirmation of his anticipated 2024 president bid to supporters on Monday, revealing he will make a “big announcement” on Nov. 15. 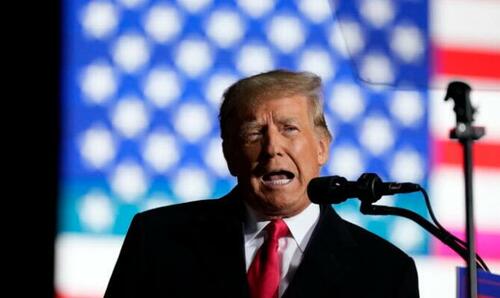 Trump was in Dayton, Ohio, on Nov. 7, holding a campaign rally for local Republican candidates, particularly J.D. Vance who is seeking the state’s Senate seat. He told supporters that the midterms are a “country-saving election.”

“The first step to saving America is winning an epic victory for Republicans tomorrow.”

Near the end of the rally, Trump hinted that he will seek another bid for the White House in 2024.

“I’m going to be making a very big announcement on Tuesday, November 15, at Mar-a-Lago in Palm Beach, Florida,” Trump said, without elaborating.

He added, “We want nothing to detract from the importance of tomorrow.

Trump has been hinting that he will make another run for president for months.

At an Iowa rally on Nov. 3, Trump dropped a strong hint that he would seek reelection.

“And now, in order to make to make our country successful, and safe, and glorious, I will very, very, very, probably do it again, okay?” Trump said. “Very, very, very probably.” 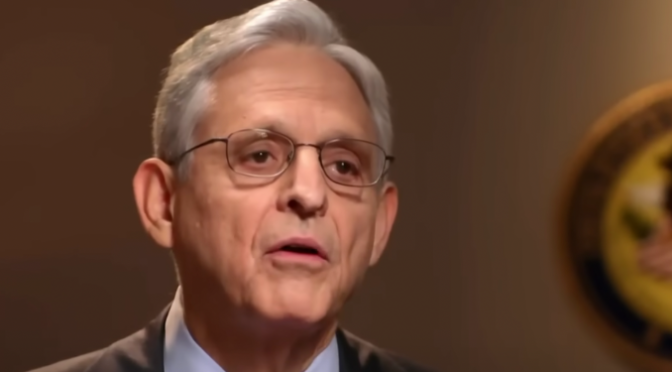 Attorney General Merrick Garland thought everything was going according to plan in his plot against Donald Trump.

But he never expected to hit this snag.

And Merrick Garland was just blindsided by this one surprising lawsuit.

The FBI’s raid on Mar-a-Lago is a move straight out of a banana republic.

One of the key figures in orchestrating this mockery of justice is federal magistrate Judge Bruce Reinhart, who authorized the FBI’s search warrant.

Reinhart also worked with the FBI to release a highly redacted version of the affidavit for the search warrant of Trump’s private home.

Reinhart is just another partisan hack helping to facilitate the latest witch hunt against Donald Trump.

According to unearthed social media posts, Reinhart is a left-wing Trump hater who ranted against the former President.

In one video, Reinhart defended the abuse of power by former Obama IRS Director Lois Lerner.

Reinhart also put his money where his mouth is with a donation of $2,000 to Barack Obama’s 2008 Presidential campaign along with a 2015 donation to Trump’s GOP Primary opponent, Jeb Bush.

Having a deeply partisan judge involved in the FBI raid is tilting the scales against Donald Trump.

But the conservative group Tea Party Patriots Action is fighting back with a new lawsuit against Bruce Reinhart.

The complaint against Reinhart accuses him of “unethical and prejudicial conduct” and of having a “conflict of interest and a pattern and history of hostility to President Trump.”

It asks that Reinhart be taken off of the case and removed from his job as federal magistrate judge.

“Just two months ago, he recused himself from a lawsuit involving President Trump in his suit against Hillary Clinton, citing a ‘conflict of interest,’” Beth Martin continued.

Reinhart recused himself from a civil lawsuit by Donald Trump against Hillary Clinton over the Russian collusion hoax, citing concerns he couldn’t be impartial in the case.

“He should be disciplined and removed as a federal magistrate,” Martin said. “The entire episode involving the search of former President Trump’s home threatens the principle of ‘equal justice under law’ and the confidence of the American people in an unbiased judiciary.”

Martin added that Reinhart should be removed as federal magistrate for “failure to meet the standards of ethical conduct and character.”

Renewed Right will keep you up-to-date on any new developments in this ongoing story. 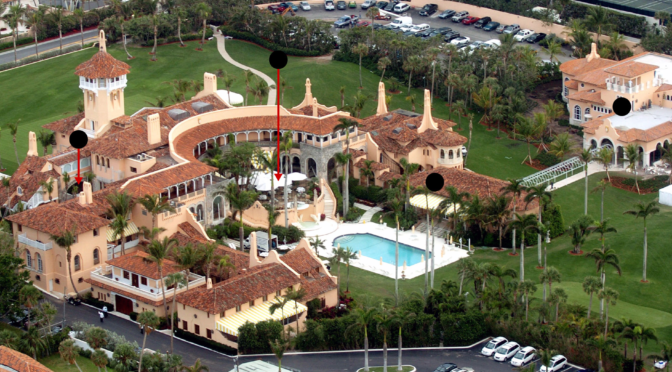 Mike Davis: The FBI’s Mar-a-Lago was a Political Raid to Secure the Operation Crossfire Hurricane Documents 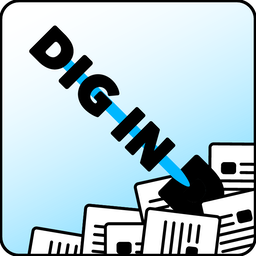 Trump argues that the New York Times hatched an “insidious plot” to gain sensitive information from his niece, Mary Trump.

Source: Trump sues New York Times and niece over story about his taxes

President Donald Trump is set to mark 200 miles (322 kilometers) of wall along the southwest border in Arizona on Tuesday, in an area where crews have built dozens of miles of new fencing amid a coronavirus breakout and protests from opponents who say construction is destroying important habitats.

Trump will be accompanied by Acting Secretary of Homeland Security Chad Wolf, who was in Yuma in January to celebrate the competition of 100 miles (161 kilometers). Wolf called the wall system an “undeniable impediment to smugglers, traffickers and other criminals who have exploited our lack of effective border infrastructure to smuggle drugs, illicit goods and engage in human trafficking.”

It’s unclear where exactly within the Yuma Sector, which is near the California-Arizona border, Trump will visit, and the Border Patrol declined to give specifics on Monday. But Yuma has been an important place in Trump’s promise to build a wall along the southern border. The president tweeted on Monday afternoon that he will celebrate the “212th plus mile of completion,” offering a different number than DHS officials gave in a news release earlier.

The agency says it has completed 61 miles (98 kilometers) of border wall and plans on building another 109 miles (175 kilometers) in that rugged area of mostly desert. Most of the new fencing that’s gone up is 30 feet (9 meters) high.

The Trump administration has promised to build 450 miles (724 kilometers) of border wall by the end of the year, aided by relaxed procurement laws that allow the government to award contracts to construction companies without much vetting. The government has awarded over $6.1 billion in construction contracts since April 2019, according to a tally by The Project On Government Oversight, a nonpartisan and independent watchdog.

Construction has continued despite a coronavirus outbreak that’s hit the Yuma area hard, and amid opposition from environmentalists and Native American tribes.

“Trump’s racist border wall has scarred our public lands, destroyed cultural sites for Indigenous people, and pushed wildlife closer to extinction,” said Brett Hartl, chief political strategist at the Center for Biological Diversity Action Fund. “With the country’s economy wrecked and coronavirus cases spiking in Arizona, his visit is a cheap political campaign stunt that only reveals how out of touch he is.”

In South Texas, where most border land is privately owned, the Justice Department has sued dozens of landowners to survey or seize their property for wall construction, including an orphanage operated by nuns in Laredo.

Crews have built several small sections but not yet come close to completing the wall through Laredo or the Rio Grande Valley, the southernmost point of Texas. Almost all of the U.S. land next to the Rio Grande, the river that separates Texas and Mexico, does not yet have a wall.

Even without a wall, border crossings have fallen drastically in the Rio Grande Valley since late last year due to a series of policy changes enacted by the Trump administration.

On the southern side of the Rio Grande, thousands of asylum-seekers live in shelters, churches, and a sprawling refugee camp waiting for their immigration court cases. Others have been expelled to their countries of origin without due process under an emergency border closure enacted in the coronavirus pandemic.

Following his border wall tour on Tuesday, Trump will head to Phoenix to speak at a Students for Trump convention at Dream City Church.

Trump’s last appearance in Yuma was in 2017 when he visited with U.S. Marines and Customs and Border Protection agents.

AOC should be investigated by the DOJ, the FBI and the CIA for Aiding and Abetting the Enemy. Call them now!

The president’s first campaign rally in months drew a smaller crowd than anticipated on Saturday in Tulsa, Oklahoma. After Trump campaign manager Brad Parscale tweeted that protestors prevented some people from getting into the rally, Rep. Alexandria Ocasio-Cortez responded by saying that the Trump campaign experienced an artificially inflated number of ticket requests.

“Radical protestors, fueled by a week of apocalyptic media coverage, interfered with @realDonaldTrump supporters at the rally,” Parscale tweeted. “They even blocked access to the metal detectors, preventing people from entering.”

The New York Democratic congresswoman retweeted Parscale and said, “Actually you just got ROCKED by teens on TikTok who flooded the Trump campaign w/ fake ticket reservations & tricked you into believing a million people wanted your white supremacist open mic enough to pack an arena during COVID.”

The New York Times reported that users of the social media platform TikTok and fans of Korean pop music groups claim to have inflated rally registration numbers by signing up for tickets online.

Parscale on Monday had tweeted that the campaign received more than one million ticket requests ahead of the rally. But there reportedly were thousands of empty seats inside the Bank of Oklahoma’s BOK Center during the rally.

In a statement on Sunday, Parscale explained that the campaign identifies fake phone numbers in rally registrations when figuring the potential number of people who may attend. He also noted that people do not need to pre-register to gain admission to the president’s rallies.

“Leftists and online trolls doing a victory lap, thinking they somehow impacted rally attendance, don’t know what they’re talking about or how our rallies work,” he said in the statement. “Reporters who wrote gleefully about TikTok and K-Pop fans – without contacting the campaign for comment – behaved unprofessionally and were willing dupes to the charade. Registering for a rally means you’ve RSVPed with a cell phone number and we constantly weed out bogus numbers, as we did with tens of thousands at the Tulsa rally, in calculating our possible attendee pool.

“These phony ticket requests never factor into our thinking,” he said. “What makes this lame attempt at hacking our events even more foolish is the fact that every rally is general admission – entry is on a first-come-first-served basis and prior registration is not required.”

Parscale sharply criticized the media, saying that people chose not to attend the rally due to media warnings about coronavirus and protestors.

“The fact is that a week’s worth of the fake news media warning people away from the rally because of COVID and protestors, coupled with recent images of American cities on fire, had a real impact on people bringing their families and children to the rally,” Parsacla said. “MSNBC was among outlets reporting that protesters even blocked entrances to the rally at times. For the media to now celebrate the fear that they helped create is disgusting, but typical.” 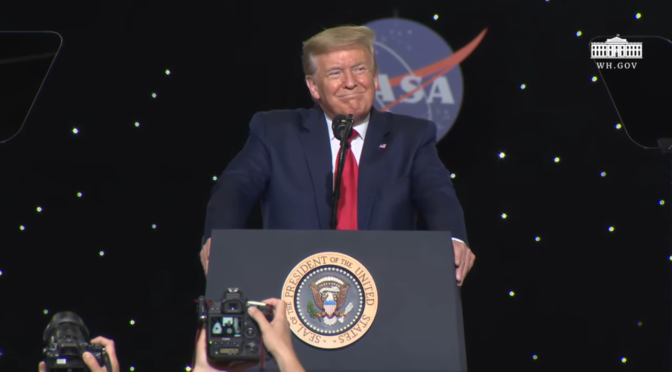